The former Red Devils defender would look to launch raids on Real Madrid, Barcelona and Tottenham in the summer window if money were no object

The Red Devils are expected to spend big when the transfer window re-opens.

It remains to be seen who will be calling the shots, with no decision taken as yet regarding the future of interim manager Ole Gunnar Solskjaer.

If he does stay on, it has been suggested that the Norwegian will look to make at least four additions to the ranks at Old Trafford.

Top talent from around the world will be targeted, with United eager to bring in proven performers and force their way back into contention for major honours.

A sizeable budget will be given to whoever is at the helm, freeing them to bring in reinforcements across the field.

Various options are already being mooted, with leading lights from the Premier League, La Liga and Serie A said to be in the Red Devils’ sights.

Neville believes United will look to strengthen down their spine and has named the starting XI he would be looking for in 2019-20 if money were no object. 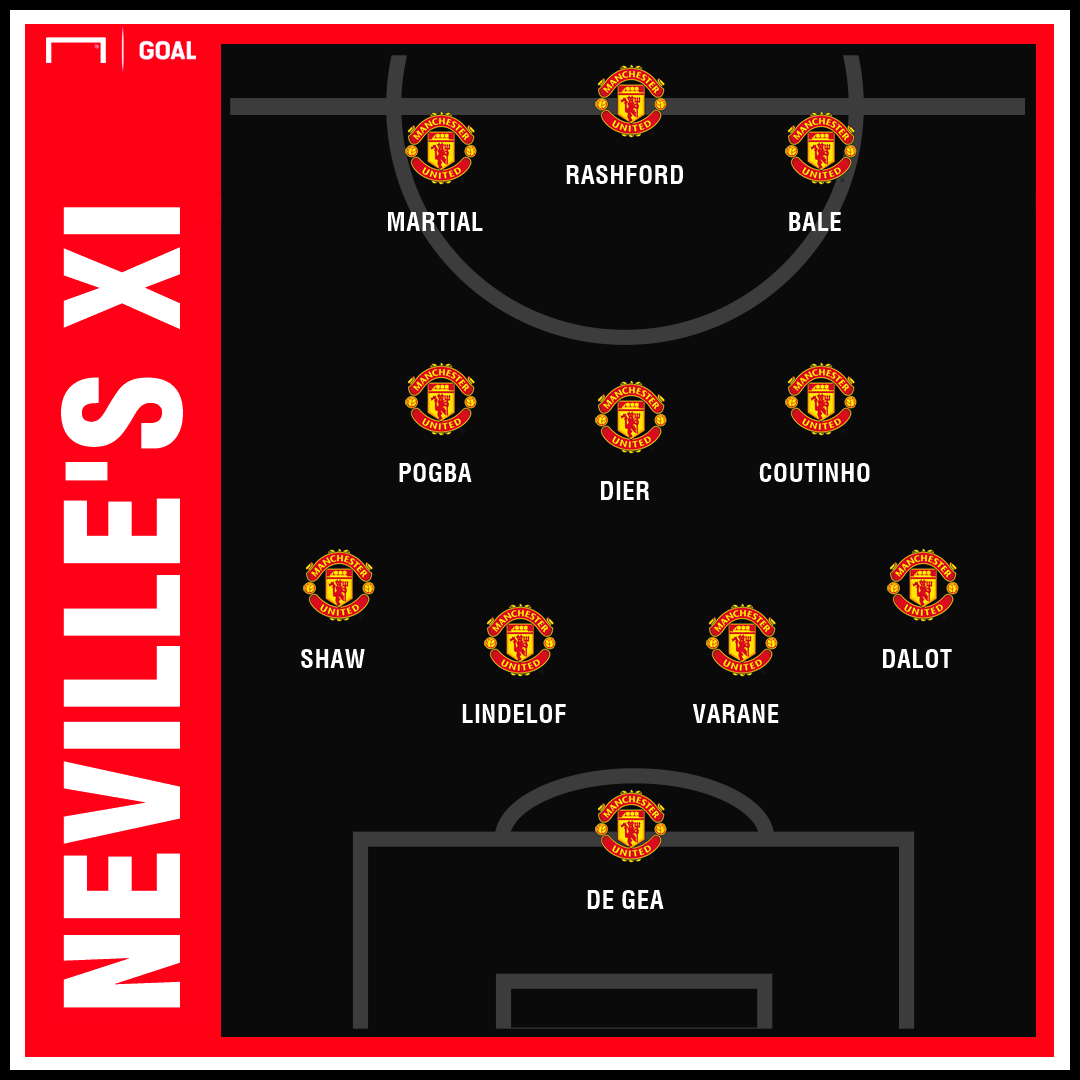 There are plenty of familiar faces in his side, with David De Gea lining up between the sticks as “the best keeper in the world”.

Luke Shaw and Diogo Dalot take the full-back spots, although Neville was initially keen to put Juventus star Joao Cancelo on the right having previously worked with him at Valencia.

He told Premier League Today, while also talking up a raid on Real Madrid for a World Cup-winning centre-half: “The two signings in the back four would be Varane from Real Madrid and Joao Cancelo from Juventus.

“Cancelo, I worked with him at Valencia and have seen him at Juventus and I think he’s top drawer.”

Varane would operate alongside Victor Lindelof at the heart of the back four, with the Sweden international having impressed in his second season at Old Trafford.

Moving into midfield and Neville would like to see an England star acquired from rivals Tottenham and a former Liverpool playmaker returned to the Premier League from Barcelona to fill in alongside Paul Pogba.

He added: “Eric Dier as the holding midfield player and Coutinho, who there has been a bit of speculation about.

“You have to have British players in a title-winning team. [Ander] Herrera, Fred and [Scott] McTominay are part of the squad. [Nemanja] Matic, this season, has had a dip.”

Marcus Rashford will lead the line for Neville’s new-look United, with Anthony Martial providing power and pace on the left.

On the other side, the former Red Devils defender would favour a 29-year-old on the books at Real Madrid over a teenage winger making quite the name for himself with Borussia Dortmund and England.

“Ole has said he wants to buy a hungry player. I think [Jadon] Sancho is that hungry player. But Bale has won Champions Leagues and played at the top level.

“I don’t think wages are an issue at Manchester United. You are talking guaranteed quality who can play across the front line.”